KOBANE, Syria, January 28 - We've been waiting for two days to get into Kobane, ever since Kurdish fighters wrested back the town from IS jihadists. Finally, this morning, the Turkish authorities say they will allow us access for a few hours. The police take down our names, and we're escorted over the border into Kobane, about 20 reporters from Turkish and foreign media. 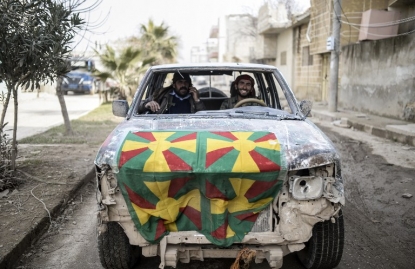 Straight away we come across a group of fighters who greet us and shake our hands. Then we start travelling all over the town centre. The fighters ask us to stay on the western side, because there is still shelling in the eastern part. But we are otherwise free to move around. 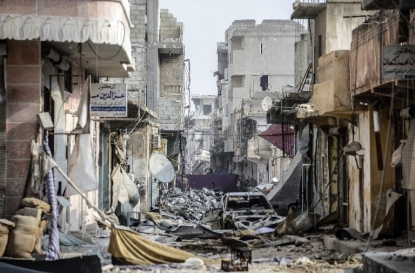 Wreckage left by fighting on a street in Kobane, Syria, on January 28, 2015 (AFP Photo / Bulent Kilic)

I manage to get up to a vantage point on top of a building. A fighter is standing up there, surveying the eastern zone and radioing down to his comrades on the ground – giving them information and suggesting positions to them. 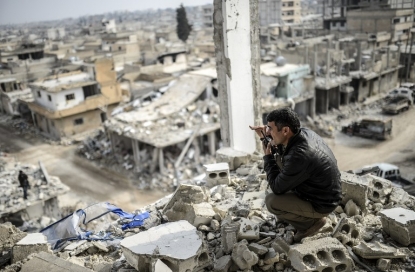 A Kurdish man talks with a radio as he checks the eastern part of Kobane, Syria on January 28, 2015 (AFP Photo / Bulent Kilic)

From what I can see, the east is totally destroyed. Huge areas reduced to gutted buildings and rubble. Because what’s where the Islamic State militants tried to enter Kobane.

We see fighters from the Free Syrian Army and Kurdish fighters – many of them female fighters. Some are working on mounted machine guns, others patrolling. You can see their joy and relief to have recaptured the town. 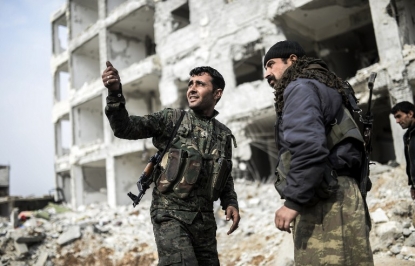 There are hardly any civilians in sight – not surprising as much of the city has been flattened. I see perhaps 20 or 30 people who are not fighters, including quite a few children.

That’s when I come across this boy, standing by a group of fighters. One of them comes over and tells me it is his son. That’s the picture I'm looking for! 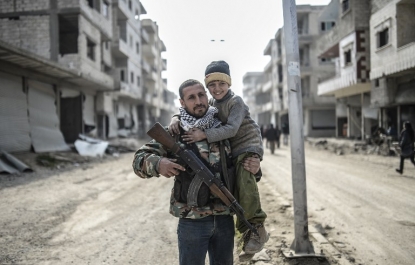 I want to find out a bit about the father and son, get their names at least. That’s my way of working. If I spend time somewhere, I talk to people. But in the end I can't track them down to ask.

I also manage to capture a few moments of grace in the chaos, like this shot of a fighter cradling a cat. It reminds me of a picture I took last year in Donetsk – of a Ukrainian rebel with a kitten on his shoulder. A bit of a pattern. 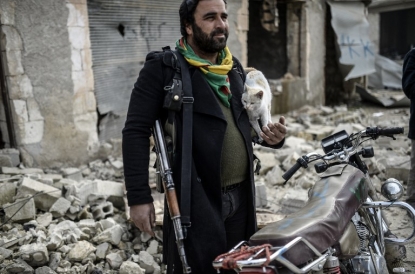 It's clear the Kurdish fighters have no problems with the press – they are jubilant at their victory, and we are giving them what they want by reporting on it.

When this all started, I was watching Kobane from the outside, from the Turkish side. The bombing, the fighting, it was like hell. I have been shooting this city for a long time, it’s been four months now. It’s been very hard. 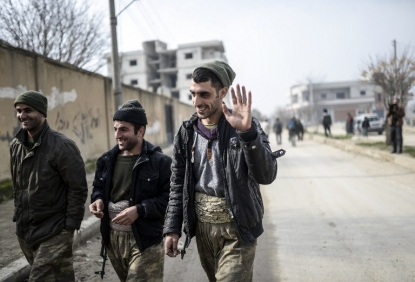 After all this, I have finally seen Kobane. To enter the city, for the fight to be over, that is powerful for me too.

Sitting sending my pictures in a coffee house in Suruc – back on the Turkish side – I wonder what will come next. I imagine there will be refugees wanting to go home. Can they return? There is nothing left. Where will they go? That will be the next story.

Bulent Kilic is an AFP photographer based in Istanbul. 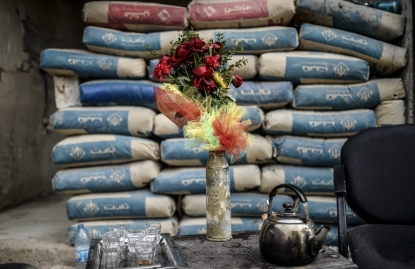